Are you a Mac user, looking for some best Mac games to have fun with? In the last years, Mac became a great gaming platform, and even if many games still avoid the Mac, things since to change lately. It is true that games for Mac do arrive later than on other platforms, but at least we can see an improvement. Even if you didn’t play games on Mac before, the time is not lost. Here are the best 10 games, and we hope you will discover and enjoy them soon.

You are playing in Columbia, where a floating city is filled with warning factors. As a private detective, it is your role to rescue a woman who has a supernatural secret. Just like the original game, BioShock, the game has a complicated story, but a great design of the world.

Is there still anybody who doesn't know Lara Croft? We cannot imagine it, but if the answer is yes, that person should play Tomb Raider right now! The new game is fresh, incredibly intense, and the story will definitely convince you. Lara is more than a young explorer now, but a confident killer who has a lot to fight for.

Are you a fan of Batman? No matter your answer, this is a cool game, the best superhero simulator, which will allow you to explore the Arkham City. Take the justice in your hands and find out who is the iconic villain.

This game can be considered a cartoonish wonder, and you can play it in up to four players. The knights are funny and cool, while the battles are simply crazy. Even if the game is not complex, you will experience hilarious fun.

Portal is a brilliant puzzle game, in the first-person lens. You will be trapped and you need to solve puzzles and tests to break free. It is a short game, but quite enjoyable.

The XCOM franchise is simply, and you will love the tactical challenging campaigns, the battles, and everything else about this game. You have to lay Enemy Unknown and fight with the aliens to understand what we are talking about.

This is another puzzle game that will help you get rid of tension and have fun. You need to be clever to escape from the traps and puzzles, but the adventure touch makes everything better.

Gone Home is a first person experience game, but without any combat or guns. So we consider it better. You are a young girl who is visiting her parents, and you will find interesting things in the mansion. Put the pieces together, and you will be fascinated.

Are you looking for a comic series? The Walking Dead is fun, tells you a story, and will convince you to play it for hours.

Part 2. Comparison of the above Video Games for Mac

Since the early days of Apple, Macs have not been known for their video game support. While Apple was focusing on their beautiful operating system and tightly controlled experience, Windows was branching out into an open platform that gave rise to highly innovative video games.

However, over the past few decades, the gap between platforms has been reduced significantly. Apple today has an impressive library of good games for Mac, thanks to a more popular hardware platform, and even released its own subscription model for gaming — Apple Arcade.

Gaming tools in one package

Nothing can hamper your game if you have Setapp installed on Mac. Pick the apps to optimize Mac’s performance and play uninterrupted.

So now that gaming on Macs is both viable and compelling, what are some of the best Mac games in 2020?

The Story Of Gaming On Macs

The main reason that Windows PCs enjoyed a greater selection of games than Apple is simply due to hardware. Apple has always produced their own proprietary hardware and software, which has allowed it to maintain a higher degree of control over how its systems physically look while ensuring its design standards are upheld for a consistent experience.

Contrarily, Microsoft made its Windows operating system open to run on a wider selection of hardware. For example, Dell could assemble its own hardware and then licence the Microsoft operating system accordingly. By opening up to more flexible hardware, Windows PCs were able to take advantage of the latest graphics and CPU innovations upon release — something critical in the early days of video game development. More importantly, Windows had a greater user base, which simply meant it was a more attractive business opportunity to develop games for the PC over Mac.

That was until Apple Macs started to borrow from some of the same open hardware architecture as PCs. Suddenly, video games made for PC could be easily ported to the Mac platform, which was becoming capable of running games smoothly due to newer, more powerful hardware.

That said, your hardware specifications are still an important consideration when looking for the best games on Mac.

The best hardware for Mac games

Almost any modern Apple Mac, including MacBooks, made in the past 5–10 years can run indie games without hassle. However, e-sport and blockbuster games may require you to pay more attention to the Mac’s specifications before attempting to run them.

When deciding if your Mac is going to perform well for gaming, consider some of the following:

Now that you know what kind of hardware is best for gaming, it’s time to look at some good games for Mac that will run well on your machine.

The library of available games for Mac is constantly being updated with new and exciting titles — especially on the popular digital store called Steam and the App Store game collection.

However there are a few Steam games for Mac that really stand out — many of which were critically acclaimed titles on Windows PC before being ported across.

Here are some of the best Mac games in 2020 to get you started:

Diablo 3 is an action role playing game (ARPG) that’s all about loot. Level up your magic-wielding hero and slay thousands of demon-spawn in the search for more powerful gear and items. You can even play online or cooperatively with friends. Best for intermediate to powerful machines.

Cuphead is a retro-styled run-and-gun for up to two players which lets you tackle an increasingly challenging roster of bosses. Known for its beautiful cartoon-style graphics, Cuphead is a pleasure to look at while being fairly simple to run, and is one of the best Steam games for Mac. Ideal for basic machines, including MacBooks.

Fortnite is one of the world’s most popular online games for Mac, which finds you landing on an island and fighting other players to be the last standing. The addictive recipe of land, loot, shoot, and survive has become a world-wide phenomenon — especially as one of the top free games for Mac.

Civilization VI is one of the best games on Steam, period. It’s the latest instalment of a long-running series that lets you build entire civilizations from scratch. Advance through the ages, expand your empire, and use resources wisely to defeat your opponents through a variety of means. Reviews have shown Civilization V to be one of the best Steam games for Mac for years, and Civilization VI should become available soon. Better enjoyed on intermediate to powerful machines.

Starcraft II is one of the best free games for Mac, which lets you command one of three space-faring armies and battle them against each other for victory. It’s also one of the most popular online games for Mac ever.

Those are just a handful of the many exciting titles to land on Mac in recent years, with more being added every day. Even if you have an older Mac, you might be able to game comfortably without paying for costly hardware upgrades.

However, given that Macs don’t always have the same hardware options as their more powerful PC counterparts, it’s important to ensure your Mac is best prepared for high-speed gaming. This is especially critical for e-sport games, such as Fortnite, where one small hiccup or performance hit could cost the match.

Thankfully, you don’t need to be an advanced Mac user to optimize it for faster performance — developers have spent years making clever apps that can do just that for you.

Set up your Mac for gaming with CMM X

Disk cleanup and protection against malware — all you need for a perfect gaming environment. CleanMyMac X gives you just that.

If you're playing any online game, the first thing to check is that you have a strong and stable connection. Many users mistake slow performance with their hardware, when in fact it can be isolated to their internet.

Unfortunately, mousing over the WiFi icon in your menu bar doesn't tell you enough. That’s why WiFi Explorer was created. This app presents a much richer view of your network status with a few must-have features: 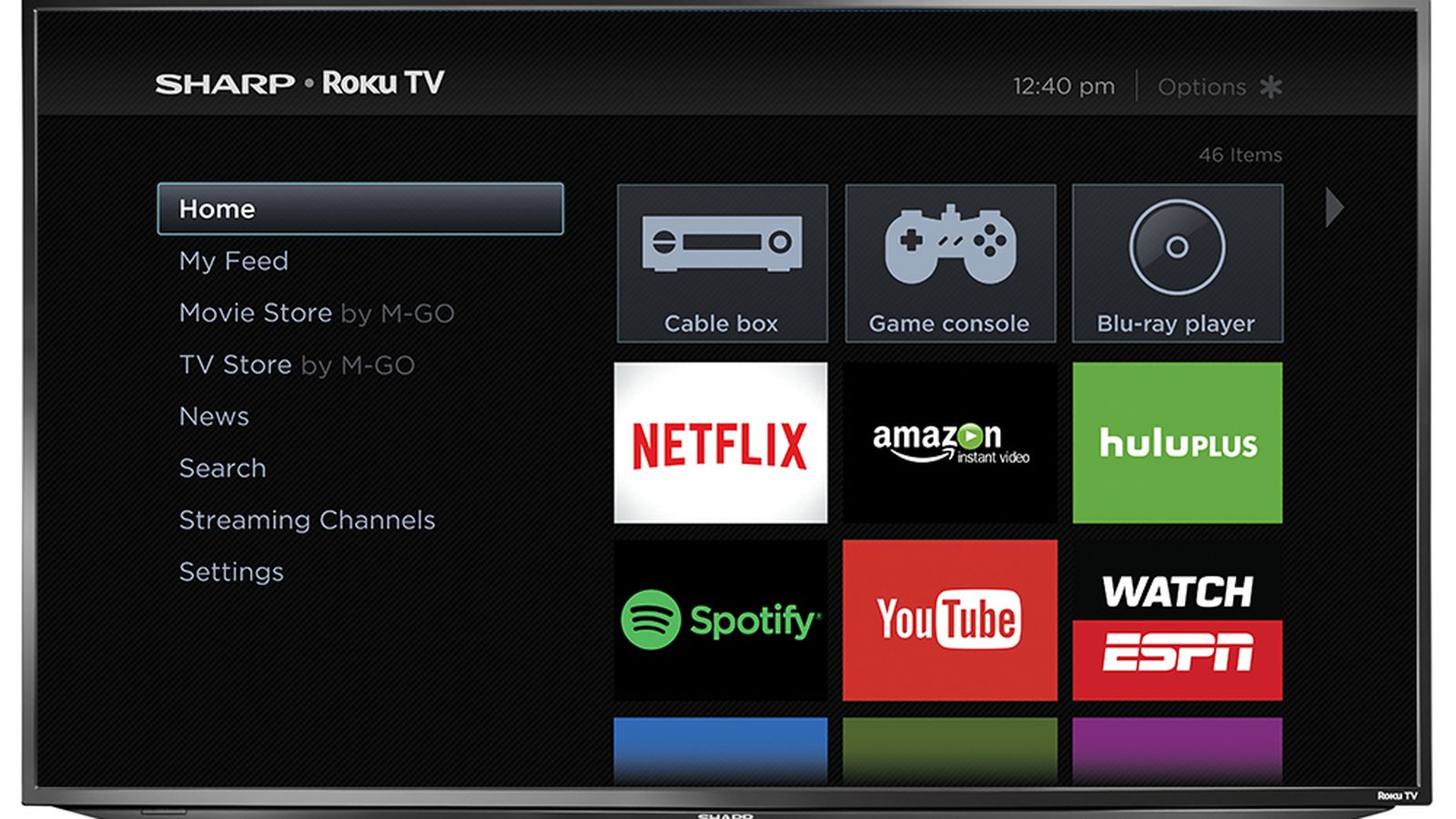 Optimize disk space for your Mac

When you’re running out of disk space, the best games for Mac can begin to crawl because there’s not enough room to write new data to the drive. CleanMyMac X is a lightweight app that lets you manage your disk space and maintain your Mac for optimal performance. Some of its best features allow you to easily:

Half of knowing how to improve your Mac’s performance is understanding what the bottlenecks are. Instead of blindly speculating, use iStat Menus to see your current Mac status at a glance while playing the best games on Mac. iStat Menus is a fully fledged system monitor that integrates seamlessly with the menu bar. Some of the core features let you:

It may sound like a lot of preparation, but when it comes to gaming you know that the extra performance can go a long way.

The best part is that WiFi Explorer, CleanMyMac X, and iStat Menus mentioned above are available for a free seven-day trial through Setapp — a subscription service for Mac which gives you access to over 150 powerful apps. Just head over to the Setapp homepage to get started, and you’ll be playing the best games for Mac right on your current laptop in no time.

Setapp lives on Mac and iOS. Please come back from another device.

Meantime, prepare for all the awesome things you can do with Setapp.