Is WinRAR for Mac Exactly What You Want?

WinRAR is a great, simple to use file archives manager. With WinRar you can do much more than just compress your files – you can backup your important files and data, compress the size of the attachments in your email, and manage your archives in various file formats. Just drag and drop any files you want to decompress, backup or compress – works like a charm!

Download WinRAR for Mac now from the official site. Note that: WinRAR for OS X is a command-line (CLI, no GUI interface) only application. If you want a GUI to decompress or comperss your files, we suggest you try WinZIP, The Unarchiver or StuffIt Expander.

WinRAR is famous for its simplicity and user friendliness, at least for Windows users. The program will take care of many important stuff by itself, such as automatically deleting the archives after the extraction process, or after creating a new archive. WinRAR is very stable and almost never crashes, and it does more than just zipping or compressing files. With it, you can send your data safely and share it over the net because of the encrypting process it uses.

Unfortunately, Mac users will find it hard, if not impossible, to use WinRAR on Mac. No graphic user interface is provided for compressing and decompressing with RAR. That's why we recommend WinZIP or other data compression tool for Mac users. Well, if you're a veteran Mac user, you can still use WinRAR for Mac the command line tool to compress files or extract files. Below is a step by step tutorial to use WinRAR on Mac.

Easy Guide: How to Use WinRAR for Mac

1. Download WinRAR for Mac package (.tar.gz) file to your Mac, which contains both rar (shareware) and unrar (freeware) tools. Double click the downloaded .tar.gz to extract the rar folder to the Desktop.

2. Enter your terminal, which can be found in /Applications/Utilities, and then open the rar folder by typing cd Desktop/rar 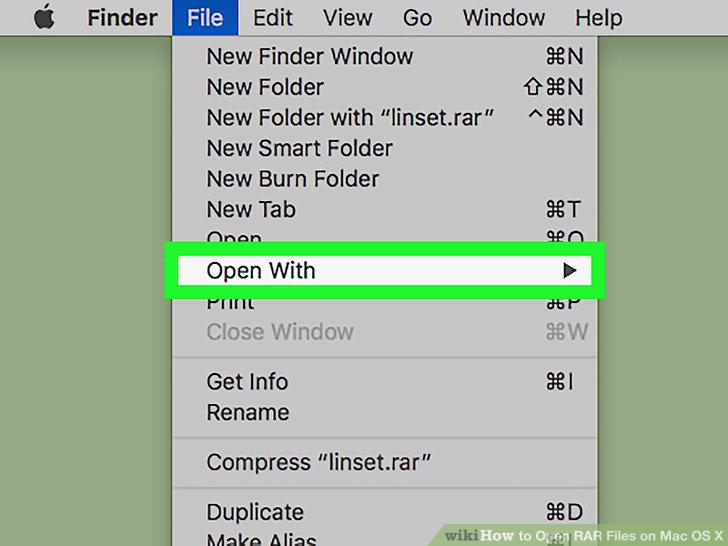 3. Install rar and unrar using the following commands. The administrator password is required. It's the one you login your Mac. Note that when you type the password, it won't show up on the screen, just keep on typing.

4. Now you can type rar in your terminal to have a try. If the installation went properly. You'll see a long list of commands and switches of WinRAR for Mac.

5. Next I'll show you some basic examples to use WinRAR on Mac. See the manual by typing rar or unrar in your terminal. 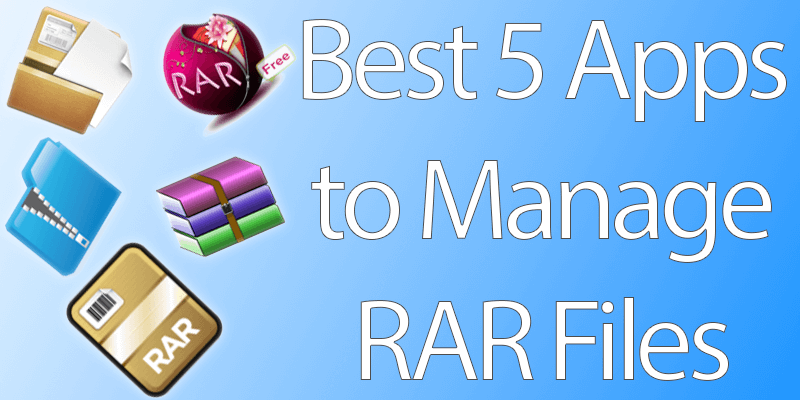 2) Decompress multiple *.rar files in the same folder. This also helps you to extract rar files that are split up into parts like part1, part2, part3, etc.
find *.rar -exec unrar x {} ~/Movies/ ;

3) Compress a complete folder to rar archives not bigger than 105,000,000 bytes each and with highest compression level, excluding the path to be wrapped into the archive and preventing .ds_store files to be added.

Want to share more instances of using RAR for Mac with others? Put them in the comment.

Frankly speaking, WinRAR is the best file compressor for Windows. It's perfect from compressing large files to extracting files in various formats like RAR, ZIP, 7Z, etc. It's the only application you need to compress, decompress, encrypt and backup files. However, WinRAR is stripped down to the command line tool RAR for Mac users. It's totally unacceptable, especially for computer novices.

Here we humbly recommend WinZIP by the famous Corel company. It works best in decompressing files faster than any other compressing software. Moreover, it has a graphic user interface similar to WinRAR, no matter it's on PC or Mac. WinZIP is also fully compatible with most compressed file formats in the market, including RAR, 7Z, BZ2, CAB, ,ISO, TAR, GZ, TAZ, TGZ , TZ, Z, Zipx, Zip, and so on.

So is this your ideal WinRAR for Mac alternative with an intuitive user interface? I hope so. If you haven't install it, get it now through the download button below.

If you’ve ever download large packages of files split up into a batch of RAR files, you may have had the situation where the RAR can’t be expanded due to an error.

If all the files are complete they should have the same number of bytes (except the last file which will likely be smaller than the others), then it is possible some data was corrupted.

RAR files usually contain a repair segment within them. They also contain error checking data (CRC data) in them. This means you can test an RAR file for corruption, and it means you can often repair a RAR file that won’t extract. Of course if any of the files in batch are incomplete a repair won’t be possible. If the files are exactly 100 MB each, and you have one in the batch that is say 99.999 MB then the file is complete. You may be able to resume the download or you may have to re-download that file. If, however, the files are all complete but one or more have errors, they could likely be repaired.

Here’s how to do it.

Follow the instructions in this article to install RAR and UNRAR.

Follow the instructions in this article to test the archive for possible damage / corruption. After that, you will have now identified which files in the archive set or batch are damaged.

With all the RAR and UNRAR commands, any time files will be generated you need to first change the active directory (in Terminal) to the location where you want the output files to go. So the first command (cd) in the following example is for that purpose.

Type in the following into Terminal at the command line:

Note, there is a space before and after the free-standing “r“. So it’s rar(space)r(space) – don’t hit enter just yet.

TIP: Also remember you can simply drag folders and files from Finder into Terminal and their full path will magically appear in Terminal. It saves having to type long paths and avoids making errors.

Go to finder and locate the first damaged file you found in the RAR test you performed in Step 2.

Grab the file in Finder and drag it to Terminal. You should now see the full path of the file appear after the rar r part you typed. It will look something like this:

Hit enter and watch RAR do its work. If the file is repaired you’ll see output along this lines of the following:

If you see “Done” and all the Sector lines say, “data recovered” at the end, then your file should be complete repaired. Nice, that’ll save you from having to download it again.

Once you’re done with the repair you may need to copy the repaired files into the folder with the rest of the RAR archive files. You will be prompted to replace the existing (damaged) files. Either rename them first, or move them, or simply let them be replaced with the repaired versions.

You’re now ready to do the extraction. You can use one of the many Mac GUI archive tools or you can do it in the command line using the instructions here in this past article.