MacOS: Apple WWDC19 wish list Apple’s focus on the Mac could be a big part of WWDC19. Open Amazon in your internet browser. Type www.amazon.com into the address bar, and hit ↵ Enter. This year I want to keep my Mac wish list to a minimum, though. I want a macOS version I can recommend people upgrade to—and that means it needs to. Rock some new imac this season. Save big on our wide selection of imac for men, women and children. 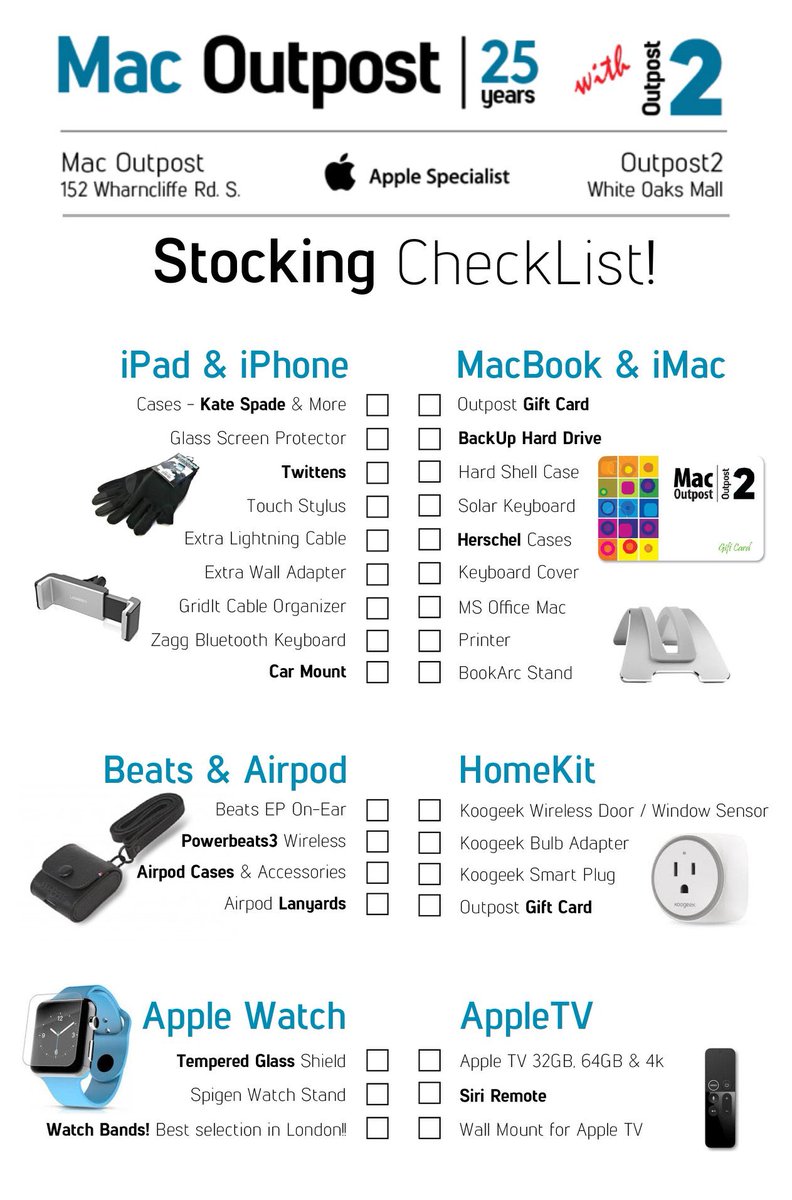 Mac news comes in fits and starts these days. With so much talk about iOS and newer platforms like the Apple TV and Apple Watch, sometimes there’s not a lot of oxygen left in the room for the Mac. But WWDC 2016 is shaping up to be a huge event for the Mac.

Will there be a new version of OS X introduced next week, to ship this coming fall? Well, duh, that always happens. What’s a little more interesting is what it will be called. With iOS, tvOS, and watchOS already here, can macOS be far behind?

Reverting back to calling the Mac operating system “Mac OS” is high on my wish list. I’d prefer that particular style to some newfangled “macOS”, but I’ll take that if it’s the only way to get the Mac back in the name of the operating system that powers it. I’d like the “X” consigned to the ash heap of history. I’m okay with the idea of place names continuing as the monikers for Mac OS releases, but I’d prefer Apple just go to sequential numbering as it has with its other platforms—starting with Mac OS 11 this fall.

In terms of new OS X features, lately there hasn’t been much that hasn’t been about keeping the Mac more or less in lockstep with Apple’s other platforms and its cloud services. That’s fine, but when Apple does build features that are bridges to the other platforms, I’d like it to implement them on the Mac in ways that takes advantage of the Mac’s unique strengths.

Siri on the Mac is an obvious addition, and it’s been rumored for a while now. I’d love to see Siri tie in with the Mac’s existing automation infrastructure—including Automator—so that I can use voice control to perform complex tasks on my Mac. If Siri on the Mac is a black box that can’t be extended by the richness and power of the Mac platform, what’s the point?

I’m hoping Mac OS will pick up some of the other ease-of-use features of iOS, such as the ability to more easily set up a new Mac with all of your apps (at least from the Mac App Store) and cloud data intact. And since the Mac App Store is pretty slow, how about loosening the restrictions on app developers so more cool and useful Mac apps can sell their wares via Apple and take advantage of features like automatic updating and cloud restoration?

Here’s an unrealistic dream, but since this is my wish list, I’m going to make it: I’d like to see the Mac become capable of running iOS apps, perhaps in a Notification Center-style sidebar or Dashboard-style overlay. There are so many great iOS apps out there that just aren’t replicated on the Mac, except maybe with a lackluster web equivalent. Between the keyboard and mouse, the Mac should prove capable of driving many iOS apps, especially simple ones.

Probably as unrealistic, I’d like to see an entirely new and simplified version of iTunes for Mac, perhaps multiple apps. iTunes can become the hub for Apple’s media sales, as it is on iOS. A new Music app will need to support Apple Music as well as local music files. And as for syncing, updating and configuring iOS devices, let’s move all of that to a new iOS Sync app that’s completely separate. Break up the iTunes monopoly—it’s way past time.

Finally, I’d like to see some fresh updates to the software that comes bundled with Mac OS. Photos is a little more than a year old, and it would be nice to see some major feature improvements. Apple Mail needs to take cues from other mail apps and become better at processing messages and assigning them as tasks, with due dates. And it would really help if Safari supported WebRTC, a new standard that lets browsers become more capable of multimedia actions, including recording podcasts.

Speaking of podcasting, I’d also like to see an update to GarageBand that does a better job of supporting podcasting. All the tools are there—GarageBand is based on Logic Pro, after all—and with just a few feature additions it could be a fantastic tool for making podcasts. —Jason Snell

You’ve probably heard the warning: Don’t expect new hardware at WWDC. And while it’s true that Apple’s annual developer conference is uniquely focused on software—most specifically, the next generation of Apple’s growing number of operating systems—it’s also true that Apple has announced plenty of hardware during WWDC.

Apple events these days unfold in front of an audience of press, VIPs, and Apple employees. The WWDC keynote is pretty much the only event to which a member of the public can buy a ticket: In this case, an expensive developer-conference pass available only via lottery. But still, the WWDC audience is an audience of developers—and today, every single Apple developer has to use a Mac.

So would an announcement of new Macs, especially ones with the word “Pro” in the name, be met with appreciation by a crowd of professional Apple developers? You bet it would.

More importantly, it’s way past time for both the Mac Pro and the MacBook Pro to receive updates. The Mac Pro hasn’t been updated in ages, to the point where it’s actually embarrassing that Apple’s still charging full price for such old technology. (Presumably not very many people are buying it these days.) There’s a lot of hope out there, especially among developers, for a new update to the Mac Pro that adds support for Thunderbolt 3, as well as the latest high-speed graphics processors and Intel CPUs.

The Mac Pro should be the top-of-the-line Mac, the smart (albeit expensive) choice of those who need to get the most out of their Macs. And yet I know several Mac power users who have traded in their Mac Pros for 5K iMacs, and have even heard tales of game developers opting for the old “cheese grater” style of Mac Pro, because it’s powerful and upgradeable. The Mac Pro needs to get its mojo back. 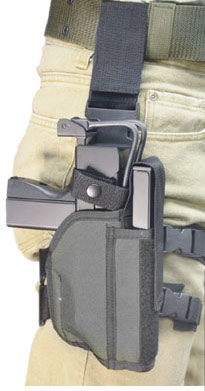 On the laptop side, the MacBook Pro is similarly in need of an update. The laptop line got a speed boost and a new Force Touch Trackpad last spring, but are otherwise largely the same design as the third-generation Retina model introduced at WWDC in 2012. Four years later, it’s time for the MacBook Pro to get thinner and lighter while also taking advantage of state-of-the-art processors. Again, adding support for Thunderbolt 3 (which is also port-compatible with USB-C) is high on my wish list.

Rumors suggest that the MacBook Pro will feature a touchscreen above the keyboard offering contextual information and commands. I’m not sure I’d put a feature like this on my wish list, but I like the idea that Apple’s trying to find a way to introduce the advantages of a touchscreen to the Mac without abandoning its belief that reaching up to touch a pane of glass perpendicular to your keyboard is not good ergonomically.

As someone who navigates my keyboard by feel, though, I’m skeptical about a touchscreen that requires me to look down to navigate it. And will it be truly useful, or more of a gimmick? Yeah. You can have this one on your wish you list if you like—I’m leaving it off of mine. —Jason Snell

Of all the things I’d like most to see make its way to the Mac platform, the idea of Touch ID is perhaps the most interesting. I’ve long made sure that all of my Macs have long, secure passwords, and while it’s not quite as annoying to type them out on an actual physical keyboard, the idea of being able to simply press a finger against the touchpad (or a Touch ID reader elsewhere) is definitely attractive.

Even more so if Apple opens it up to third-party developers in the same way that it’s done on iOS. Creating different, strong usernames and passwords for all your accounts is tired, even with the help of Apple’s Keychain or other tools like 1Password. Thanks to Touch ID, logging in to my bank account on my phone is actually way faster than doing so on my Mac, where I have to go look up my two-factor authentication code.

In most cases, that would probably require new hardware, but even just setting up a system whereby I could use my iPhone or iPad’s Touch ID sensor and a wireless connection between that device and my Mac to authenticate would be a welcome workaround until I end up refreshing my current Macs. —Dan Moren

If you appreciate articles like this one, support us by becoming a Six Colors subscriber. Subscribers get access to an exclusive podcast, members-only stories, and a special community.

Think of all of the items you need in your house on a daily basis. Now, multiply that by 50. That’s what the Ronald McDonald House of Delaware needs every day to operate our 50 guest room House.

We rely on generous donations from the community in order to maintain our high standards. Donations from this list help us to fulfill our mission and keep families together with loved ones in nearby hospitals.

Currently, Wish List Donations are accepted 9 a.m.-5:30 p.m. at the side door as we are closed to visitors. Follow signs in the parking lot that say “DONATIONS.” Drive to your left and there is a bin outside of our double doors. If you need to speak to someone, call (302) 656-4847. We have limited on-site staff and may be unable to meet you at the side door at this time.

We have a large Tupperware container outside the kitchen entrance doors. If your donation fits in this bin, please leave it there. Feel free to leave your name and address with the donation if you wish to receive an acknowledgment letter.