Blizzard Entertainment has released the second expansion to its massively multiplayer online role-playing game, World of Warcraft. The add-on is immediately available from retailers worldwide in standard and special collector's editions, for both Mac and PC.

World of Warcraft - Wrath of the Lich King, the second expansion for Blizzard's hugely popular MMORPG, arrived in stores on November 13, in North America, Europe, Mexico, Argentina, Chile, and Russia. Today, November 14, gamers in Australia, New Zealand, Singapore, Malaysia, and Thailand are also getting their chance to grab the new expansion. Wrath of the Lich king will be available in Korea and the regions of Taiwan, Hong Kong, and Macau on November 18, Blizzard has confirmed. Details regarding the launch of Wrath of the Lich King in mainland China will be announced at a later date, says an official report.

Mac owners and fans of World of Warcraft can get Wrath of the Lich King on DVD-ROM, in two packages: a standard edition, priced at US$39.99, and a special Collector’s Edition (available only in select regions), going for $69.99. For true fans of the series, the limited Collector’s Edition package contains:

- The Art of World of Warcraft: Wrath of the Lich King, a 208-page book featuring never-before-seen images from the game.

- A behind-the-scenes DVD, containing over an hour of developer interviews, the Wrath of the Lich King intro cinematic with director’s commentary, and more.

- The official soundtrack CD, containing 21 epic tracks from the game, along with exclusive bonus ones.

- A mouse pad, featuring a map of the newly opened continent of Northrend.

- Two World of Warcraft Trading Card Game March of the Legion starter decks, along with two exclusive cards available only in the Collector’s Edition. 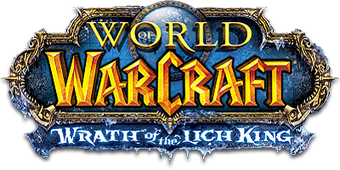 Players will be able to advance characters to level 80, and gain powerful new abilities while exploring several new zones and dungeons. Wrath of the Lich King adds new PvP combat options, such as siege weapons and destructible buildings, and the game's first Hero class - the necromantic death knight.